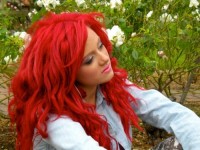 With all three runners up from The Voice releasing albums this Friday, it’s Sarah De Bono that looks set to win bragging rights with online bookmaker sportsbet.com.au installing her as the $1.50 favourite to have the highest charting album of the three.

Darren Percival is next in the market at $2.60 with Rachael Leachar the $6.00 outsider.

“She may not have won The Voice but it looks like Sarah will get one over the other runners up here,” sportsbet.com.au’s Ben Hawes said.

Who will win The Voice Chart Battle?