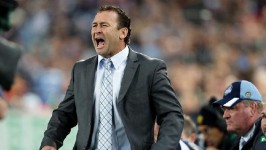 Ricky Stuart has been installed as the $2.25 favourite by online bookmaker Sportsbet to be the next coach of the Parramatta Eels.

Current assistant coach Brad Arthur is next in the market at $4.60, ahead of Jason Taylor, Royce Simmons and Graham Murray, who are all priced at $6.00.

Chris Anderson and former Bulldogs coach Kevin Moore have been installed at $11, with former Raiders and Panthers coach Matthew Elliot priced at $13.

“Ricky has shown he has what it takes and his stocks have risen significantly since he’s been in charge of the Blues, so we’ve got him as the favourite,” Sportsbet’s Ben Hawes said. 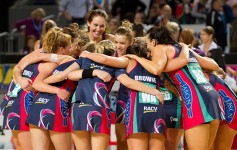 The Melbourne Vixens will head into Sunday’s ANZ Championship Grand Final as favourite, backed into $1.48 with online bookmaker Sportsbet.

The Waikato/BOP Magic are the $2.65 outsiders for the clash and are given little hope by punters, with the Vixens attracting 85 percent of money wagered so far on the match.

“The Vixens have won five straight heading into this, but the Magic haven’t tasted defeat since April so their form can’t be questioned,” Sportsbet’s Ben Hawes said.

“Everything suggests we’re in for a classic, but the punters have the Vixens coming out victorious at home.” 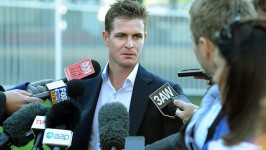 Luke Nolen is the $1.55 favourite with online bookmaker Sportsbet  to win the Melbourne jockeys’ premiership title.

With four metropolitan meetings left in the season, Nolen is level on 68 wins with Craig Newitt, who’s next in the market at $2.60.

Despite Newitt, who’s chasing his first premiership, drawing level with the defending champion at Sandown on Wednesday, it’s Nolen who the punters have backed.

“You have to admire Newitt’s determination, he has made no secret he wants this title. However, with the backing of the powerful Peter Moody yard, Nolen is in the box seat,” Sportsbet’s Ben Hawes said.

“And the punters agree, as Nolen has attracted almost double to that wagered on Newitt.” 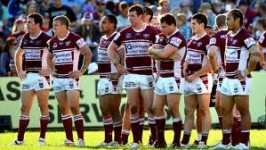 Punters with online bookmaker sportsbet.com.au are steering well clear of Manly ahead of tomorrow night’s grudge match against Canterbury, with the Bulldogs attracting 88 percent of money wagered on head-to-head betting.

“Bets have been coming in seven to one in favour of the Bulldogs all week,” sportsbet.com.au’s Ben Hawes said. “75 percent of money wagered on margin betting options has been for the Bulldogs too.”

Ben Barba is the $8.00 first try scorer favourite, with Josh Morris and David Williams next at $10.

Online bookmaker sportsbet.com.au has opened a market on how many tries will be scored in Round 20 of the NRL, setting the line at 56.5.

“Round 19 produced 58 tries, so the market indicates we can expect more of the same this weekend,” sportsbet.com.au’s Ben Hawes said. 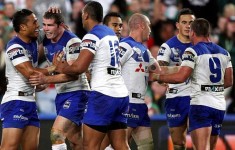 The Canterbury Bulldogs are now outright second favourite for the 2012 NRL Premiership after firming from $5.50 into $4.50 with online bookmaker sportsbet.com.au.

Only the Melbourne Storm, who’ve eased from $3.75 out to $4.25, are at shorter odds, with Manly and the Rabbitohs sharing the third line of betting at $6.50.

“The Storm remain the best backed side to win the premiership ahead of the Warriors, but punters are now taking the Bulldogs seriously,” sportsbet.com.au’s Ben Hawes said.

“There was a little interest early in the season for the Rabbitohs to make the top eight, but punters are now backing them to jag a top four spot.” 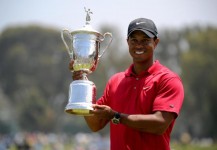 Tiger Woods is the $10 favourite with online bookmaker sportsbet.com.au to take out this year’s British Open at Royal Lytham & St Annes.

Woods heads the market from a the best of Britain and Ireland, including Lee Westwood at $17 and Rory McIlroy, Luke Donald and Padraig Harrington at $19 each.

“Tiger hasn’t finished in the top 10 at the Open since last winning in 2006, but he’s won three US PGA events this year and goes in as the man to beat,” sportsbet.com.au’s Haydn Lane said.

Adam Scott is $36 to win the tournament, and is favoured at $2.75 to be the leading Australian at the Open, ahead of Geoff Ogilvy and John Senden at $6.50 each.

Sportsbet.com.au has refunded all bets on Jason Day after the World Number 21 decided to withdraw from the tournament following the birth of his first child, Dash.

Sportsbet.com.au are paying six places for each way bets at ¼ odds.

Big Guns vs The Field

The Sydney Swans have firmed from $8.00 into $6.00 with online bookmaker sportsbet.com.au to win the 2012 AFL Premiership but they’re yet to capture the attention of punters.

Despite leading the competition, six other sides have attracted more bets to win the Premiership than the Swans.

Hawthorn remains favourite at $3.25, while Collingwood has firmed from $4.25 into $4.00 after defeating Geelong.

“The Swans have been entrenched in the top four for most of the season but punters have steered clear of them to this point,” sportsbet.com.au’s Ben Hawes said.

“That might be set to change as they’re in great form and were irresistible against the Eagles.” 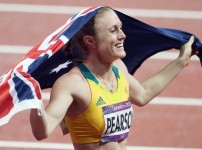 Sally Pearson has drifted from $1.30 out to $1.55 with online bookmaker sportsbet.com.au to win Gold in the Women’s 100m hurdles at the London Olympics.

“The early money was for Pearson, however there’s now been the same amount wagered on any other athlete winning gold as there has been for Sally to win,” said sportsbet.com.au’s Ben Hawes. 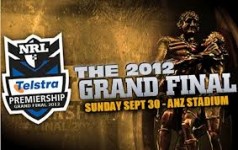 Online bookmaker sportsbet.com.au has installed ‘Yes’ the 2012 NRL Grand Final will be contested by two Sydney based NRL clubs as a $1.95 chance, however ‘No’ has been opened as the $1.80 favourite.

“As of round 19, half of the NRL top eight is made up of Sydney based clubs, and while there is still a way to go, there’s a good chance two Sydney teams will contest the big one this season,” said sportsbet.com.au’s Ben Hawes.

Market courtesy of sportsbet.com.au
All Sydney NRL Grand Final in 2012?
$1.80 No